Pastor reflects on the spiritual endeavor of giving and receiving

By StaffJune 14, 2016Faith to Move Mountains 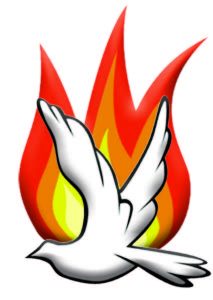 Preaching the Gospel during Sunday Mass was a moment of transformation for Father Timothy Capewell, pastor of St. David the King Parish, West Windsor.

“We had just been asked to serve as a pilot parish for the Faith to Move Mountains Campaign,” he said, explaining that initially he agreed, but when he heard the goal amount of $1.79 million, he called the campaign office and declined the invitation.

Soon afterward, he was reading the parable of the two sons from the pulpit during Mass: “A man had two sons. He came to the first and said, ‘Son, go out and work in the vineyard today.’ He said in reply, ‘I will not,’ but afterwards he changed his mind and went. The man came to the other son and gave the same order. He said in reply, ‘Yes, sir,’ but did not go.”

Father Tim recalled, “I heard a voice in my head say to me, ‘This is you, Timothy.’ I understood the Holy Spirit to be saying, ‘You’re the second son and you need to change your mind.’”

So he did, calling the diocesan director of development to, once again, accept the invitation to serve as a pilot parish. But his concerns were not over, as a very large financial goal loomed in front of him and his parish.

So, on a drive to the shore, he prayed the Rosary. He felt the Holy Spirit telling him, “This is too big for you. I am bigger than you. I will take care of this for you.” So, for Father Tim and his parish family, the campaign became a spiritual endeavor, an exercise in trusting God, and was always referred to as such. “It was never about the money. It was about the leap of faith and the power of prayer, it was about the Spiritual and Corporal Works of Mercy, about giving back to God what God has so graciously given to me and to the people of my parish,” he said.

As this spiritual endeavor unfolded in the parish, Father Tim underscored that the whole process was “wrapped up in prayer,” for him and for the members of his parish family as they were asked to consider a sacrificial pledge.

“We have been a tithing parish for more than 15 years,” Father Tim explained, so he knew his parishioners already realized the need to give back to God. What would make a difference for them, he believed, was to understand the priorities of the endeavor, what the endowments would be used for.

He talked with his parishioners about parish needs, Catholic schools, social service, and catechesis and evangelization, but what really drew their hearts was a “commitment to taking care of elderly priests, especially those they didn’t even know, who gave their lives in service to the Church, and also, support for the seminarians,” he said.

But what was most meaningful for Father Tim was the precious time he spent with his parishioners, whom he often met with one-on-one as he brought his pledge request to them and sent them home with the advice to pray over it and let the Holy Spirit guide their decision.

“At times, I was drawn to tears,” he said, as he came to really know their stories, their hardships, for the first time, and to experience their generosity of heart. “It was an incredibly affirming process,” he acknowledged.

Now that Faith to Move Mountains has been completed in his parish, Father Tim looks back and considers it “a spiritually nourishing program,” that has taught him and his parishioners what happens “when you take a great leap of faith believing the Lord is there with the safety net.”